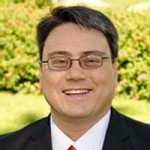 Mark Lee Anderson passed away suddenly on June 2, 2016 at Mayo Clinic Hospital in Rochester, Minnesota at the young age of 43. A Celebration of Life will be held on Wednesday, June 8, 2016 at 11:00 AM at the United Methodist Church in Dell Rapids, SD. Visitation will be held on Tuesday, June 7, 2016 beginning at 3:00 pm with family present from 5:00 to 7:00 pm at the Minnehaha Funeral Home in Dell Rapids, SD. On-line condolences may be left at Minnehaha Funeral Home.

Mark was born July 11, 1972 in Elkhorn, Wisconsin to parents William and Akuei (Lee) Anderson. Mark was the oldest of three children. He has two wonderful sisters, Teresa and Tania. His family moved to Texas and Illinois before moving to Taipei, Taiwan when Mark was a young child and attended school there through the fourth grade. They moved back to the United States and lived in Kansas before settling in Sioux Falls, SD. Mark graduated from Lincoln High School in Sioux Falls, SD in 1990. Mark worked at Hutchinson Technology for 18 years. He attended Southeast Technical Institute and graduated in 2011 with a System Administration degree. He worked for Raven Industries within the IT department.

Mark started his family with the addition of his amazing daughter, Jessica in 1991. Mark married the love of his life, Alana, on September 21, 2013. Upon this union, he gained 3 sons, Zachary, Logan and Carter. Mark was an incredible person with the biggest smile and an infectious laugh. He enjoyed reading, camping, biking, riding his motorcycle, music, gaming with his children and loved ones surrounding the fire pit, but what brought him the most joy, was spending time with his wife and his family. He really treasured the simple joys of having his family together.

Mark was preceded in death by his amazing mother, Akuei.