“I’m so happy that it finally happened!” exclaimed Kaeley Rose Nelsen.  This 12-year-old has been waiting for a very long time to be officially adopted by April Nelsen.  The wait came to an end on Monday, February 27th.  April officially adopted Kaeley at the Minnehaha County Courthouse with Judge Judge John Pekas and lawyer Jon Hansen.  The whole process took about three years to complete, but the big day only took nine minutes!

April and Kaeley bonded from the first day they met in March 2011.  They met at Kaeley’s aunt and uncle’s wedding, and they

haven’t looked back.  They love to spend time together shopping, working out, and cheer.  Neither one of them have had a doubt that they belong together.  Kaeley had written a letter saying that April was “her one and only mom”.

Aaron Nelsen has had custody of Kaeley since she was 1.  Both her grandmothers, Theresa Nelsen and Dawn Malsam, were in attendance of the adoption. 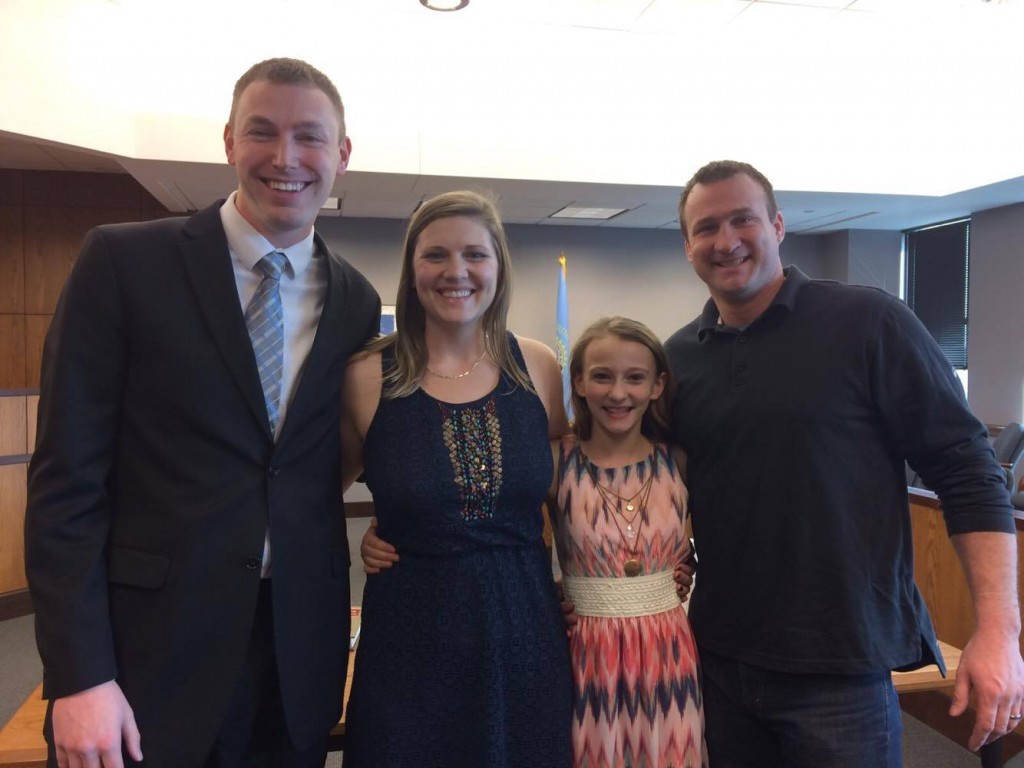