The St Mary Coronation will be held on Monday, September 19th, at 6:30 p.m. in the St Mary High School gym.  The Homecoming Week theme is “Decades”.  Dress-up days for St Mary are as follows: 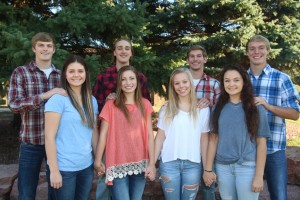 The Dell Rapids Coronation will be held at 8:00 p.m. on Monday, September 19th.  The Homecoming Week dress-up days are as follows: