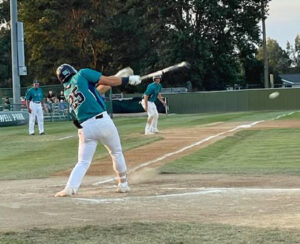 The Dell Rapids Mudcats claimed the 2021 South Dakota Class B Amateur Baseball state title for the first time since 2008 with a 16-1 win over Flandreau in the title game on Sunday, August 15th at Cadwell Park in Mitchell.  Prior to the title game, the Mudcats had a 7-1 win over Larchwood and a 6-0 win over Winner/Colome.

The Mudcats scored first in the bottom of the first inning.  Matt Burpee, pickup player from Madison, reached on an error scoring Chad Hunt.  Flandreau tied the game in the top of the second on a home run by Brett Severtson, but the game then belonged to the Mudcats.

Dell Rapids had a four-run bottom of the third inning.  Josh Roemen had a two-run double.  Trevor Freudenthal added an RBI single, and Dalton Lehnen had an RBI double to give the Mudcats a 5-1 lead.  The Mudcats delivered the big blow in the bottom of the fourth inning.  Hunt scored after Mark Abrahamson reached on a catcher’s interference call.  Freudenthal added an RBI single, and then Lehnen hit a grand slam home run to push the lead to 11-1.

Lehnen and Regas were named Co-MVPs of the tournament.