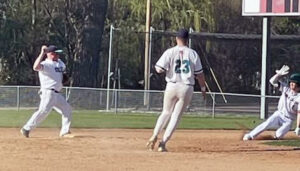 The Dell Rapids Mudcats earned a 12-2 win against the Humboldt/Hartford Wood Ducks on Sunday, May 22nd.  Dell Rapids pounded out 14 hits in the seven-inning win.