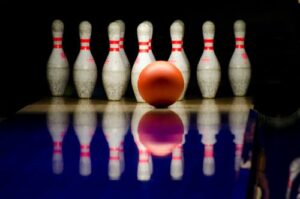 The Dell Rapids High School bowling team has started their 2021-2022 season with four matches already.  They will be having a 13-week season with the state tournament on February 24th and 25th.

The boys team is currently 0-4 in the standings with one game won on the season.  The girls team is 0-3.  The next match will be on Friday, December 3rd at Pinz against Sioux Falls Roosevelt.