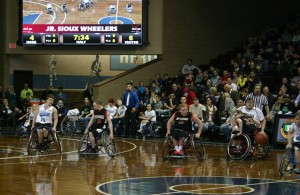 The Jr. Sioux Wheelers will be hosting the Junior National Wheelchair Basketball Conference Tournament in Dell Rapids on March 22nd and 23rd.