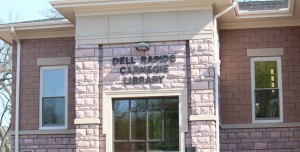 Dell Rapids Carnegie Library Director Brittany Moeller provided the Dell Rapids City Council an update on the operations for 2021.  The update was given on Monday, August 16th.

The Summer Reading Program recently ended, and 650 people took part in the program this year.  Last year’s summer reading program had a total of 305 people, but there were many changes due to Covid restrictions last year.

“Everyone was really excited to be back and back in the library and have normal programs.  That was really fun to see,” Moeller.

The library also held six programs throughout the week, with an occasional seventh program,  throughout the summer.  A total of 1,313 people attend those programs.  As of August 5th, the library has issued 55 new library cards for a total of 141 people.

Moeller also shared one of the biggest successes from 2020.  Despite not being open for in-person programming due to Covid, the library was still able to run a total of 1,149 programs reaching 5,129 people.  Most of that was through all of their video and social media programming.  Moeller mentioned they not only reached people locally, but also connected with people from across the country in states such at Texas, Kansas, Maine, and Minnesota.