The Jr. Sioux Wheelers participated in the JV NIT Wheelchair Basketball National Tournament in Kentucky last week.  The tournament featured 16 teams from around the country.  The Junior Wheelers finished 2nd, losing to a team from Birmingham, Alabama, 39-37.  They defeated teams from Nashville, Phoenix, and Cleveland on their way to the championship game.  Hunter Gronli of Dell Rapids was named to the All-Tournament Team, and Jon Anderson also from Dell Rapids was named the tournament MVP. 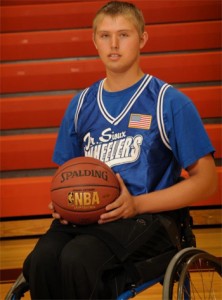 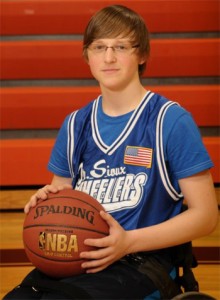 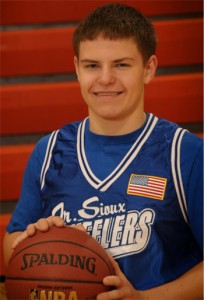