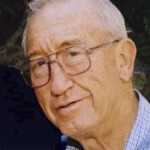 John was born July 31, 1943 to Clarence and Mildred (Gebhart) Klein in Dell Rapids, SD. He graduated from Dell Rapids St. Mary’s Catholic School in 1961. He then attended South Dakota State University and graduated with an economics degree in 1965.

After graduation, he met Agnes Roeder. They married October 7, 1967 at St. Killian’s Catholic Church in St. Killian, MN. They farmed until 1981, after which he worked for Reecy’s Farm Supply for many years. He then held sales positions until 1999, when due to health reasons, he began a part time position valet parking at Avera Doctor’s Plaza 2. He retired in 2008.

John enjoyed traveling to see his family, playing with his grandchildren, playing cards with his children and card club, and participating in St. Mary’s functions. He was also active with youth group. He was a member of the booster club, parish finance council, and an active member of the Catholic Order of Foresters.

He was preceeded in death by his parents.