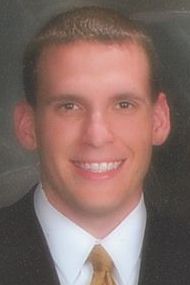 Brookfield, Wis.—Douglas Nohava, CFSP, of Minnehaha Funeral Home in Baltic, Colton, Dell Rapids, and Garretson, S.D., has committed to serve as a member of the National Funeral Directors Association (NFDA) Disaster Preparedness Group for 20122013.  NFDA committee members have a significant impact on the association, its members, and the funeral service profession at-large.

“Doug was appointed to serve on the Disaster Preparedness Work Group because of his demonstrated commitment to advancing the goals of NFDA,” said NFDA Chief Executive Officer Christine Pepper, CAE. “The committee’s work in the coming year will help NFDA fulfill its mission of supporting funeral directors as they provide families with meaningful end-of-life services at the highest levels of excellence and integrity.”

Members of the NFDA Disaster Preparedness Work Group are charged with developing a disaster preparedness and response action plan that will guide and assist the association in mobilizing funeral service volunteers, suppliers, and other crucial resources in the event of a catastrophic incident. This task force may be called upon to provide expert input on federal actions, proposals, and policies dealing with mass-fatality management, disaster preparedness, and related issues affecting funeral service.

Nohava has been a funeral director with Minnehaha Funeral Home since 2005, and is a licensed funeral director/embalmer in South Dakota, Minnesota, and Iowa. He is also a certified firefighter and Emergency Medical Technician with the Garretson Fire Department, and Garretson Community Ambulance. He is a past Fire Chief of Garretson, and has been a South Dakota Certified Fire Instructor since 2007. In 2012, he became a member of the Disaster Mortuary Operational Response Team (D-MORT). Doug is married to Karly Hegge. They have two daughters, Kalyce and Amity.

NFDA is the world’s leading and largest funeral service association, serving 19,700 individual members who represent more than 10,000 funeral homes in the United States and 39 countries around the world. NFDA is the trusted leader, beacon for ethics, and the strongest advocate for the profession. NFDA is the association of choice because it offers funeral professionals comprehensive education resources, tools to manage successful businesses, guidance to become pillars in their communities, and the expertise to foster future generations of funeral professionals. NFDA is headquartered in Brookfield, Wis., and has an office in Washington, D.C. For more information, visit www.nfda.org.
###