Fighting injuries and adversity all season long, the 2022 Dell Rapids St Mary Cardinal football season came to an end in the quarterfinals of the 9B playoffs on Thursday, October 27th.  The Cardinals fell to the #2 seed Hitchcock-Tulare Patriots 52-0 in Hitchcock.

“The boys played hard last night and all season.  I’m proud of their grit and how they overcame adversity all year long.  They kept fighting until the end last night as they did all year,” said head coach Ross Flemmer.

The Patriots scored early and often in the game.  They scored three touchdowns in the first quarter, converting two of the three two-point conversions.  Hitchcock-Tulare lead 22-0 at the end of the first quarter.   Their offense continued to roll and took advantage of turnovers in the second quarter.  The Patriots scored four more touchdowns and made three of four two-point conversions to lead 52-0 at halftime and end the game.

St Mary finished with 76 total yards, while the Patriots had 327.  CJ Smith was 3-8 passing for 34 yards and an interception.  Camden Gilbert had a catch for 24 yards, and Nic Gaspar had two catches for 10 yards.  Smith also had four carries for 15 yards.  Gaspar had six carries for 12 yards.  Gilbert finished with two rushes for nine yards.  Gabriel Lindeman led the defense with 6.5 tackles.  Gaspar added six tackles, and Smith had five tackles.

The Cardinals finish the season with a 5-5 record. 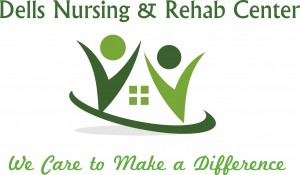 St Mary Advances in 9B Playoffs After Win at Faith