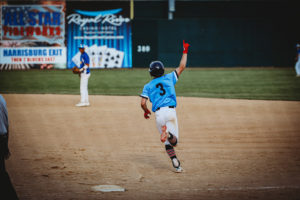 Baseball in Dell Rapids in the 2021 season was quite a memorable season.  Five teams qualified for state tournaments.  Two of those appearances resulted in state championships with two more placing.

Four summer teams also qualified for the state tournament.  The first team to do so was the Dell Rapids 14U team.  The team had a 19-4 regular season, claimed the Region 2A championship, and then finished sixth at the 2021 South Dakota VFW 14U Class A State Tournament in Vermillion.  The Dell Rapids 14U team finished with a 24-6 overall record.

The Dell Rapids 16U also qualified for the state tournament this summer.  They finished with a 15-4 regular season this year, and then qualified as one of the top four teams from Region 2A.  After dropping their first game of the 2021 South Dakota VFW 16U Class A State Tournament, they rebounded with two wins to place fifth and finish with an 18-7 overall record. 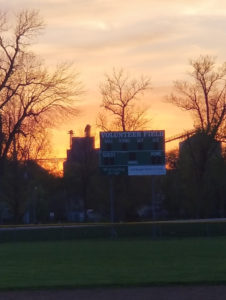 The two amateur teams, Dell Rapids PBR and the Dell Rapids Mudcats, ended the baseball season with state tournament appearances.  Dell Rapids PBR had a 7-11 regular season, but put together a nice run in the the District 4B tournament.  PBR played three games in districts.  They won their first game, lost to the Mudcats in game two, but qualified for state with another win.  Unfortunately, PBR lost their opening game of the state tournament to Lesterville.

The Dell Rapids Mudcats book-ended the summer with another championship.  After putting together an impressive regular season, the Mudcats fell in the District 4B championship game to Flandreau, putting them into the 2021 South Dakota Amateur Class B state tournament as the District 4B Rep #1.  The Mudcats then went on a roll at Cadwell Park in Mitchell getting wins over Lake Norden, Wynot, Larchwood, and Winner/Colome to put them into the championship game against Flandreau.  This time the Mudcats got their revenge with a 16-1 win for the state title.

With five teams qualifying for state tournaments and two winning championships, there was plenty to cheer about on the baseball fields in Dell Rapids in 2021.