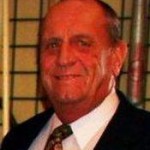 Dean L. Risse, age 71 of Silver Creek, Wisconsin, passed away early Tuesday afternoon (May 15, 2012) at Froedtert Memorial Hospital in Milwaukee where he had been a patient for the last 4 days from injuries received in a house fire on May 12. He was born on February 15, 1941, in Silver Creek, WI, a son of the late Rollin F. and Sarah “Sailor” LeFever Risse. He attended Silver Creek Grade School and graduated from Random Lake High School in 1959 and also attended Lakeland College. He served in the United States Army from 1959-1962 serving in the Berlin Crisis and served in the National Guard for 10 years. On August 25, 1962, he married Jane Zimmermann at First Congregational United Church of Christ in Plymouth. The couple resided in Silver Creek after their marriage. He was employed as a farm and industrial implement dealer and salesman all his life. He was known for his charity work and his “Risse Barbeque Chicken” throughout the area. He was a former member of the Random Lake Lions Club and received the Melvin Jones Award. He was an honorary member of the Silver Creek Fire Department and served as Assistant Chief for many years. He was a lifetime member of St. Paul’s U.C.C. in Silver Creek were he taught Sunday school and served on consistory of the church and preached many lay sermons. Dean was an avid deer and pheasant hunter and sponsored and coached little league and enjoyed spending time with his grandchildren.

Funeral services will be held on Saturday afternoon (May 19) at 3:30 P.M. at the Suchon Funeral Home in Plymouth. Rev. Ron Risse, his brother, and Rev. David Schlieter, pastor of New Horizon U.C.C. will co-officiate. Burial will be in the St. Paul’s U.C.C. Cemetery in Silver Creek. Friends may call at the Suchon Funeral Home from 12:00 noon on Saturday until the time of services. In lieu of flowers, a memorial fund is being established in Dean’s name for the Silver Creek Fire Department or a charity of your choice. The Plymouth VFW World Cheese Center Post #5612 will conduct military rites at the gravesite following the services. The Suchon Funeral Home and Cremation Services is serving the family. For online condolences, please visit www.suchonfh.com.