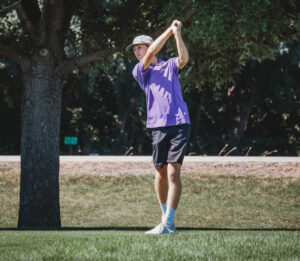 The Beresford Watchdog boys golf team played in the Charger Invite in Sioux Falls on Tuesday, August 30th.  The Watchdogs finished eighth as a team with a score of 370.  Sioux Falls Christian won their invite with a score of 313.  Vermillion was second at 323, and Dakota Valley played third with a 331.