The Dell Rapids St Mary Cardinal volleyball team needed a set to get going, but once they did, the Cardinals were nearly unstoppable in a Region 3B win on Tuesday, November 1st.  St Mary defeated the Sioux Falls Lutheran Eagles in four sets to advance in the Region 3B tournament.

The Eagles started the match with an 8-3 run in the opening set.  The Cardinals were able to get within a point, 18-17, but Sioux Falls Lutheran won the opening set 25-20.  After that first set, Dell Rapids St Mary took control of the match.  The Cardinals started the second set on a 6-0 run.  The Eagles never recovered from that opening run, only getting as close as four points, as St Mary won the second set 25-14.  After an early 4-4 tie in the third set, St Mary went on a 9-3 run for a 13-7 lead.  That run was enough for St Mary as they led the rest of the way in a 25-16 win.  Momentum followed the Cardinals into the fourth set as they started with an 11-3 run.  The Eagles rallied to get within three points, 16-13, but St Mary ended the rally there and finished the match on a 9-3 run for a 25-16 win.

The Cardinals will play Chester at 6:00 p.m. on Thursday, November 3rd in Salem. 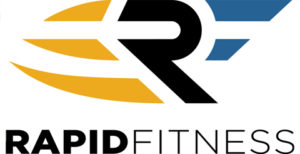